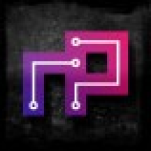 SpaceX has received a major regulatory win that’ll let it operate the Starlink satellite internet system at lower orbits, despite objections from competitors.

The FCC initially cleared the company to operate 1,584 Starlink satellites—or about a third of the licensed network—along a 550-kilometer orbit from the planet. Since then, SpaceX has launched nearly 1,400 satellites, enabling Starlink to deliver high-speed broadband to rural and remote locations across North America and Europe.

A map of the Starlink network. (Credit: satellitemap.space)

A year ago, SpaceX then applied to amend the license to operate the remaining satellites at the same altitudes, citing the ongoing success of Starlink in providing high-speed internet. But during the process, the FCC received over 200 public comments on the request, including those from internet providers that objected to the change.

The opposition included Amazon’s Project Kuiper, Viasat, OneWeb, and HughesNet, all of which are competitors working in the satellite internet market. For months now, the companies have been challenging SpaceX’s claims that it needs to expand the Starlink network to lower orbits, citing radio interference. Amazon’s Project Kuiper, for example, argues that the Starlink network risks causing congestion with other satellites.

Despite the concerns, the FCC still granted SpaceX’s request. “We conclude that the lower elevation angle of its earth station antennas and lower altitude of its satellites enables a better user experience by improving speeds and latency,” the commission said in a 57-page filing. “We also find that SpaceX’s modification will not present significant interference problems.”

Still, the FCC’s approval does impose conditions on Starlink’s operation. For example, SpaceX must supply a report every six months detailing any “collision-avoidance maneuvers” taken by Starlink satellites. The same report will also need to cover Starlink satellites that have failed to operate. (Per the FCC filing, 43 of the existing 1,383 satellites that’ve been launched were terminated early due to failures or because of early deorbiting.)

The FCC’s current license allows SpaceX to operate 4,408 Starlink satellites. But the company has plans to eventually launch thousands more, pending FCC approval. So you can expect more regulatory battles to come.

In response to the FCC’s decision, Amazon said: “This is a positive outcome that places clear conditions on SpaceX, including requirements that it remain below 580 km and accept additional interference resulting from its redesign. These conditions address our primary concerns regarding space safety and interference, and we appreciate the Commission’s work to maintain a safe and competitive environment in low earth orbit.”

A few Team Razer folks across our global offices have started to trial the latest version of the Project Hazel Smart Mask. Stay up to date as we bring you more details, which may include a community beta test, register your interest here: https://rzr.to/project-hazel